I think it best that we start our relationship at the same place I started my career in construction some 42 years ago. It was the most important thing to know then, now and forever. I will never forget my boss on the very first day I was there, he said come with me. I was 18 years old. I followed him about 100 yards or so when he stopped on this raw red clay hill that had been excavated to get the site ready for an apartment project that we were going to build. Mr. Clayton Stokes was his name. At that time he had over 30 years building houses and apartments in Charlotte. He told me that the most important thing I needed to know about building anything was That you had to deal with mother nature above all and foremost. Where will the water go? Water, in all of its form, is, has been and will continue to be our biggest enemy and cost homeowner more money than everything else combined.

Water obviously comes in many forms. Different forms require different solutions. My goal in this article is to educate you on the ways that we must deal with moisture. It really is very simple once you understand a little bit of science and how we create moisture in just living everyday.

Support Us By Supporting Our Sponsors! 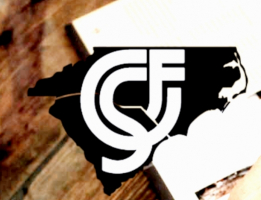